Find a museum in Prague suited to your fancy

10 Best Museums in Prague to Visit During Your Trip

Have you ever thought how many museums in Prague you can see on a casual touristic route? Well, the Czech capital has more than seventy unique galleries and museums to offer. Everyone can find the place by preference - Prague has given up the idea of a classic, rather boring museum. Let Prahatrip tell you about the museums dedicated to the city’s history, writers, mystical legends and beer traditions.

This statuary Renaissance building is the heart of the Wenceslas Square. It houses the departments of natural science, archeology, history, theater and a huge library with more than a million books. Other separate exhibits are located in different buildings in Prague and even in other cities. Embracing only one branch in full is a real feat.

Many values compiling the museum’s collection and brought here from all over the world. The museum comprises four synagogues, a ceremonial hall and an ancient cemetery. You can freely view most of the buildings just by walking around the quarter. But still, visit this place with the due respect, choose the appropriate clothing if you want to go inside.

The one of the most unusual museums to visit in the city is in fact, an interactive art exhibition. Outside, there’s an extravagant fountain depicting two men urinating into a tank with a geographical outline of the Czech Republic. Inside, the museum uses all the means to create the gloomy atmosphere of the writer's works. 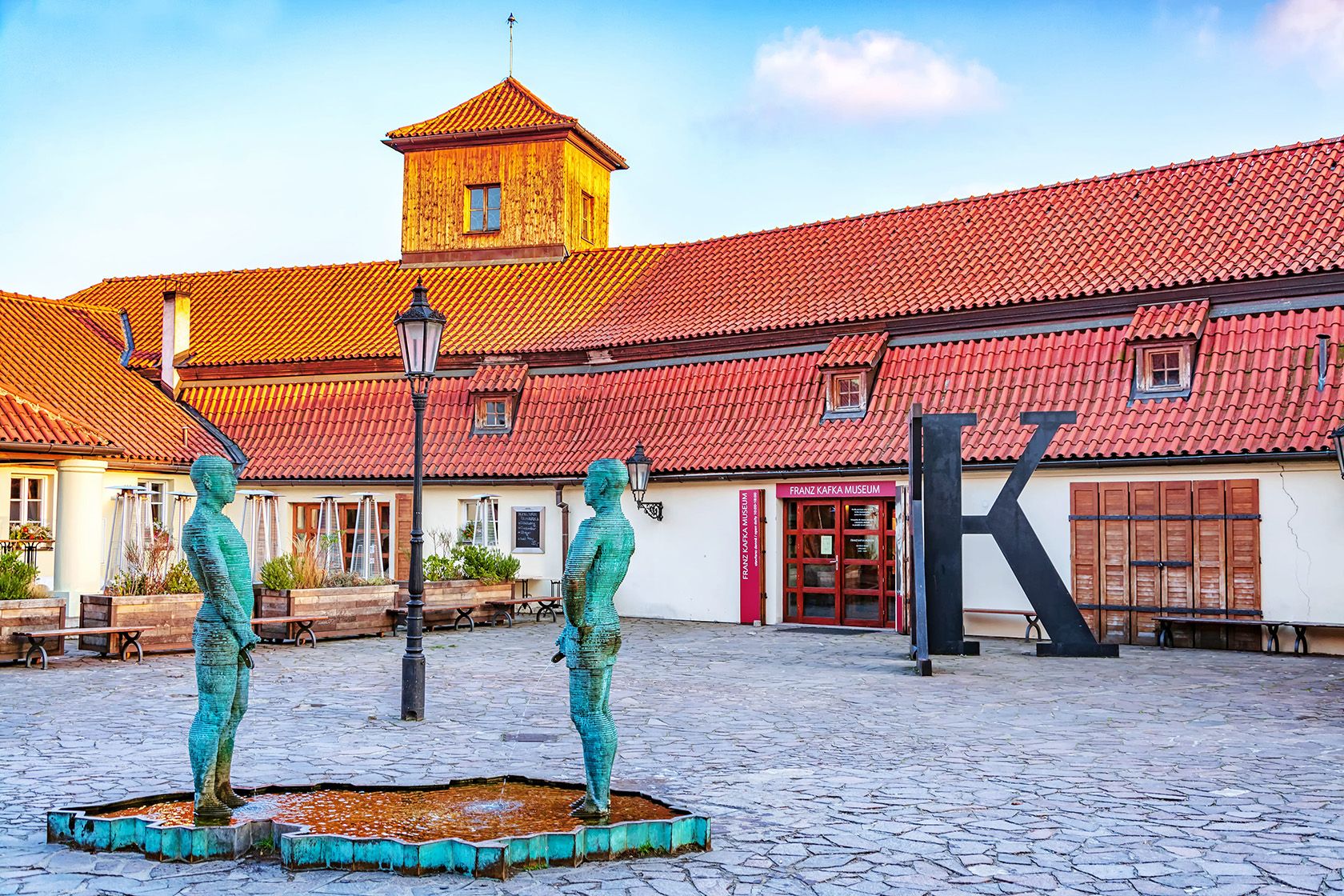 The very existence of beer museum Prague seems completely natural, given the ancient Czech brewing traditions. You won’t just learn all the details of the process. Also, you’ll get your own beer bottle and create an individual label for it. Sounds like starting your own brewery, right?

The shelves of Soviet grocery stores, the sculpture «Worker and Kolkhoz Woman», a hall dedicated to the Velvet Revolution. The creators carefully worked on the composition so that visitors could completely plunge into era.

It is an ideal place for the lovers of modern abstract art. Huge babies with the barcodes instead of faces, « March of the penguins over the Vltava»... all this worth seeing with your own eyes at least once! 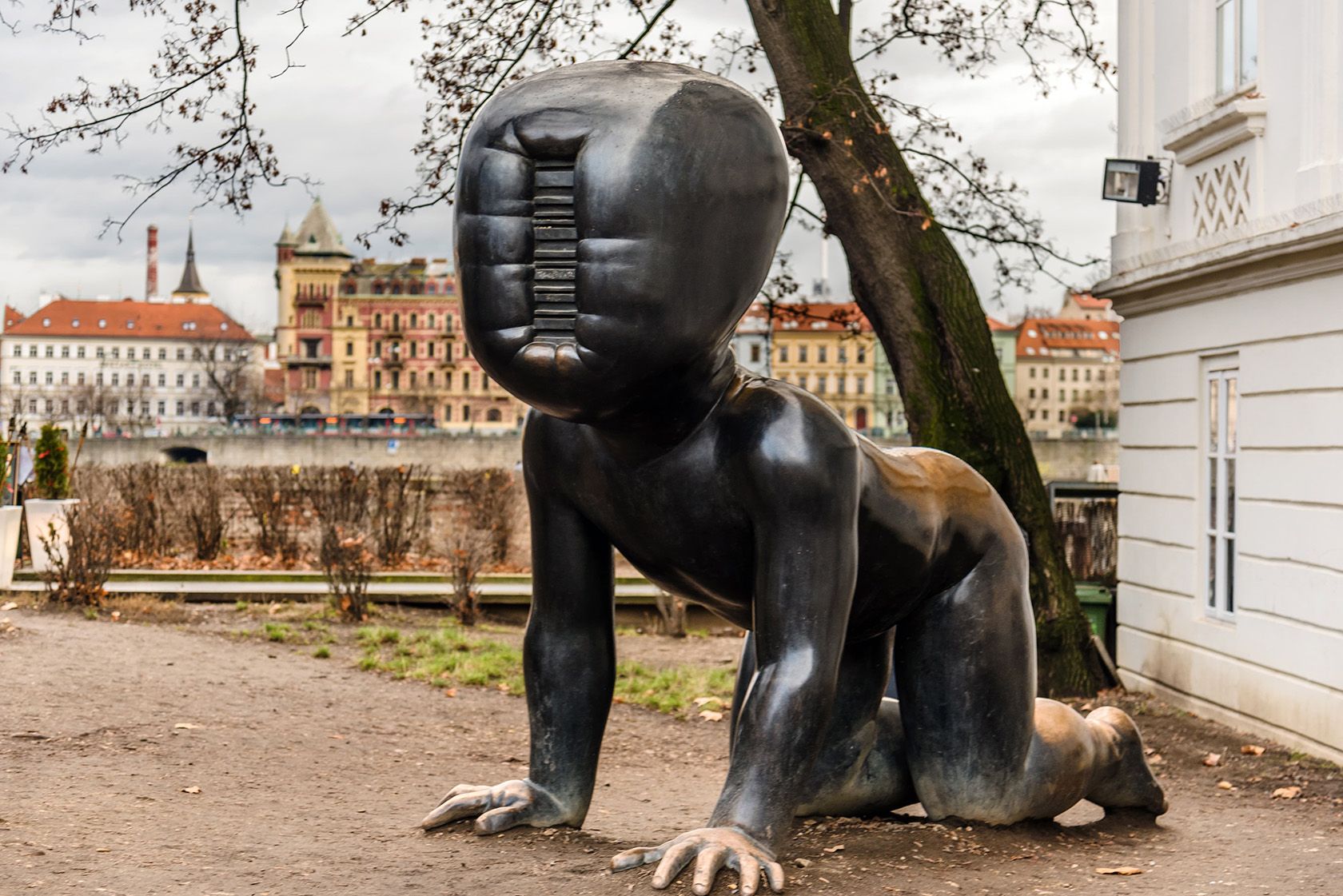 Interested in something kinkier? The name of the museum speaks for itself. Trust us, some fantasies of our ancestors were so daring they can make you blush.

Alphonse Mucha is considered the most striking modernist artist of the 20th century. Surely you saw some of his works without knowing their authorship. A visit to this gallery is a great chance to get to know his work properly.

Not far from Charles Bridge is located the world's largest private collection dedicated to Apple, and Steve Jobs. See how technology becomes history before your eyes.

Even if your kid drags you in there, you probably won’t be bored there. Explore the worlds of Harry Potter, Star Wars or Indiana Jones, assembled from the world-famous Lego parts. Each of the Prague museums creates the image of an amazing past, present and future, through its unique exhibits. Know the Czech capital better and get acquainted with its masterpieces, visit at least some of them. Art connoisseurs, history buffs, and people looking for unusual sights – start your exploration today!